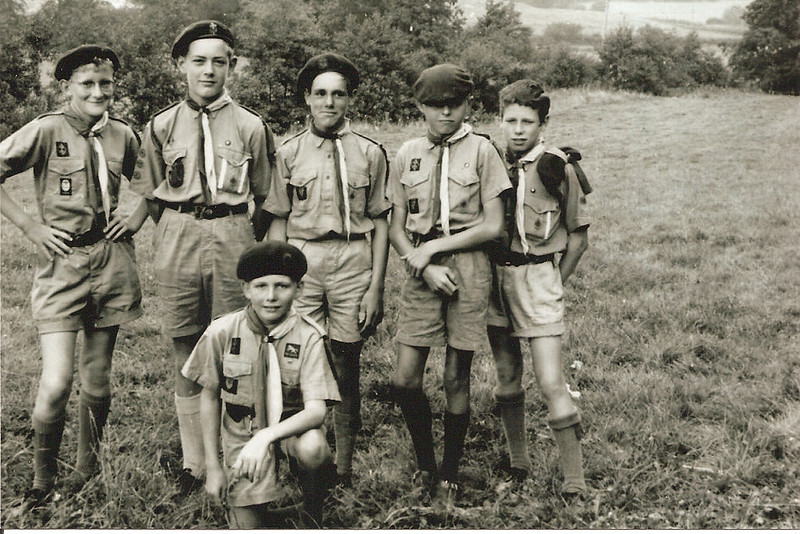 Malcolm's twin brother, Derek, was Patrol Leader of the Kestrels that year. Malcolm is wearing his Scout Cord on his right shoulder.

Pat Churcher was the comedian and clown of the Troop for years. A close friend of Mickey H and Ron Reed, Pat was accidentally killed some years later.

Philip Reed was the younger brother of Ron Reed of the Kestrels. Nobody could wear a beret like Philip.